Working in the USA

Thousands of Canadian’s move to the United States every year for employment opportunities. You are not able to simply move to the U.S. and find employment, but there are several categories of US work Visa’s that Canadians are eligible to apply for and work under. In most cases, a U.S. employer will sponsor you for a visa which will allow you to live and work in the United States.

What You Need to Work in the USA

Many Canadians want to come to the United States to work temporarily or move permanently. Before you can work in the United States, you must first acquire the appropriate immigration employment authorization. You must be approved for one of the following 3 items… 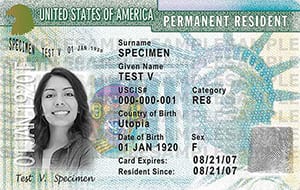 To apply for one of these documents listed above, you must meet different requirements. If your application is approved, the conditions you must meet and how long you can work in the United States will depend on whether you receive a green card, work permit, or visa.

This visa category applies to people who wish to perform services in a specialty occupation, services of exceptional merit and ability relating to a Department of Defense (DOD) cooperative research and development project, or services as a fashion model of distinguished merit or ability.

For you to qualify to accept a job offer in an H-1B qualified specialty occupation you must meet one of the following criteria:

Types of professionals who are eligible for a TN Visa are accountants, engineers, lawyers, pharmacists, scientists, and teachers. You may be eligible for TN nonimmigrant status, if:

The L-1A non-immigrant classification enables a U.S. employer to transfer an executive or manager from one of its affiliated foreign offices to one of its offices in the United States. This classification also enables a foreign company which does not yet have an affiliated U.S. office to send an executive or manager to the United States with the purpose of establishing one.

To qualify for L-1 classification in this category, the employer must:

To qualify, the named employee must also:

Individuals with Extraordinary Ability or Achievement

The O-1 non-immigrant visa is for the individual who possesses extraordinary ability in the sciences, arts, education, business, or athletics, or who has a demonstrated record of extraordinary achievement in the motion picture or television industry and has been recognized nationally or internationally for those achievements.

Immigration Questions? We Are Here to Help!

Our U.S. Immigration Team Will Provide a FREE Consultation to Discuss Your Needs
Unfortunately We Do Not Help With Finding Employment